An Indian-origin chess prodigy in London is on the verge of being deported due to British immigration laws. Shreyas Royal, who has been dubbed as Britain’s “greatest chess prospect in a generation” and is ranked number four in the world in his age group, will have to leave the country soon since his father’s yearly income doesn’t allow him to stay longer once his work visa expires. The nine-year-old chess prodigy from India, who went to the UK when he was just three, is well known thanks to his amazing talent.

In September, Royal’s father – Jitendra Singh – who is an IT project manager with the TCS, was told that his work permit for staying in the UK cannot be renewed as he doesn’t earn more than £120,000 a year. Many on social media argued the amount is ‘ridiculously high’ and most people in the service industry don’t earn more than that.

His parents appealed to the Home Office on the grounds that Royal is a national asset, but received a letter this week saying that while the nine-year-old showed “immense promise” it did not mean he could remain in the country. The news of this rejection upset many.

Labour MP Rachel Reeves, a former junior chess champion, called upon the Home Ministry to let the chess star stay on in the UK. Along with Reeves, Matthew Pennycook, who represents Greenwich and Woolwich – where Shreyas lives – has written to two cabinet ministers urging them to let the nine-year-old stay as he attempts to become England’s first world chess champion, The Guardian reported. 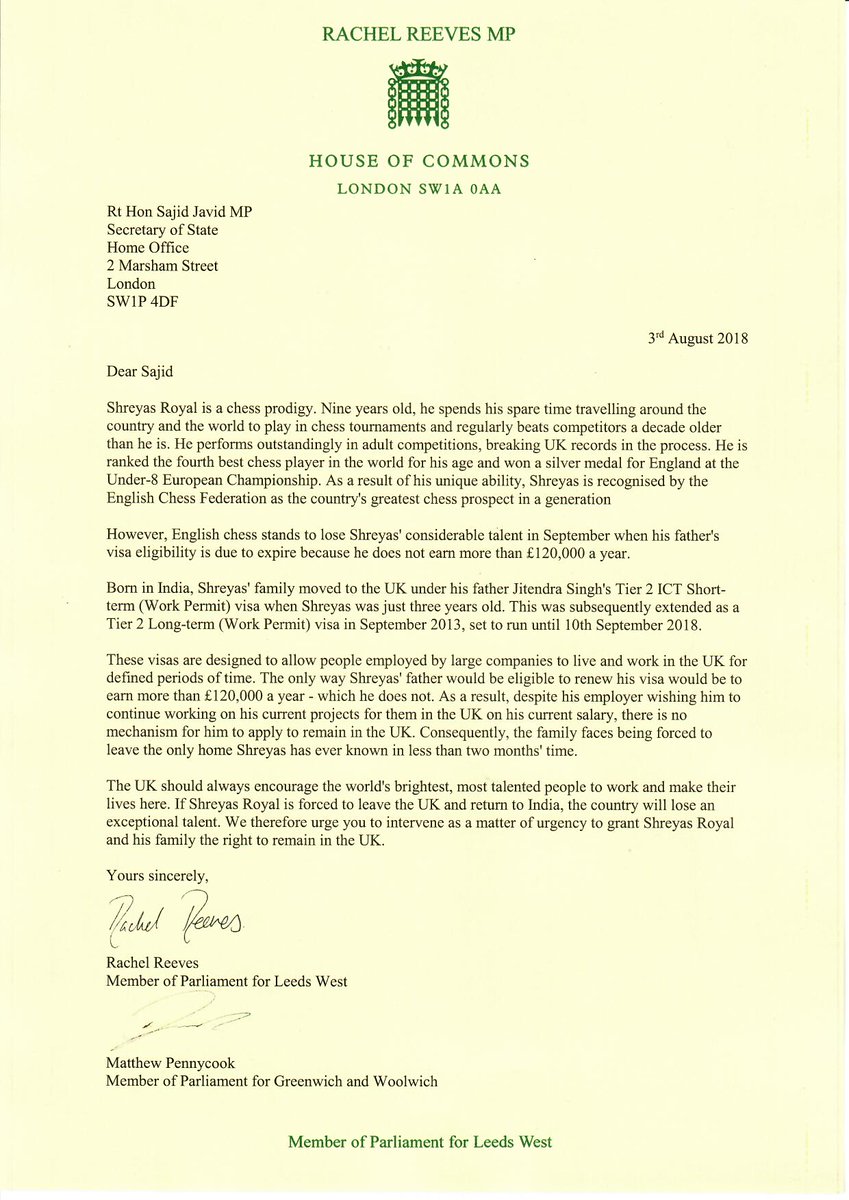 As the furore increased, the English Chess Federation have also directly appealed to Sajid Javid, the home secretary, to let Royal stay in England. Many are now asking Indian ministers to intervene.